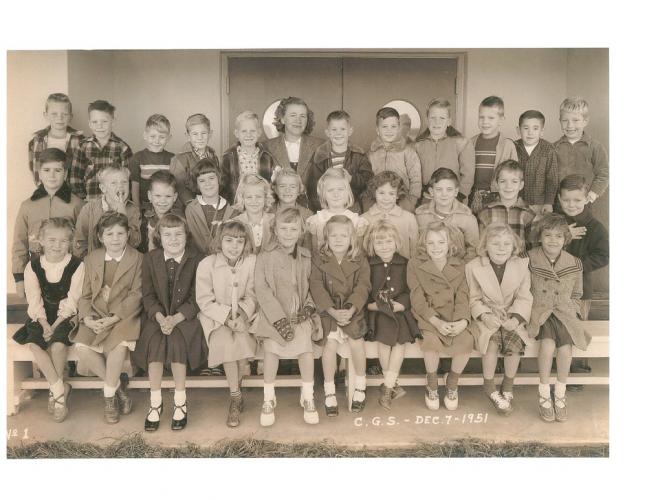 Caleb Greenwood Elementary School, in the River Park neighborhood, opened its doors to sixty students on September 10, 1950. The name Caleb Greenwood was given to the school by the Board of Education and was so named to honor one of the early mountain men in California history. Caleb Greenwood was best known for leading the first wagon train over the Sierra, the Stevens-Townsend-Murphy party, and for his heroic part in guiding the rescue of the Donner Party.

Caleb Greenwood PTA was chartered on February 19, 1951 with fifteen members. Mrs. William Ballew served as the first president. Typical meetings began with cub scouts leading the flag salute, an inspirational thought, and always included a guest speaker. Chairmanships in the ’50’s included Character Education, Civil Defense, and Men Membership. The first carnival was in June of 1951. It was traditionally accompanied by a bike parade.

Principal Penny served until 1959. During her tenure at Caleb Greenwood, significant growth occurred. By 1952, enrollment had increased to 357 students, the staff had expanded to ten teachers, including a full time office clerk, and the PTA had grown from fifteen to 287 members. One class had to be taught in the enclosed hallway. Two new wings of classrooms were constructed in March of 1953. A new portable classroom was brought on site in 1954. Due to the combined efforts of PTA Recreation Chair Mrs. Hyde, the Orchard Terrace-River Park Improvement Association, and the River Park Garden Club, the recreation area behind the school was landscaped in 1955. 65 trees were planted in and around the school yard. The multi-purpose room was constructed in 1957 and cafeteria food became available that fall.